Inflation, decency! What can we learn from Mark Twain? 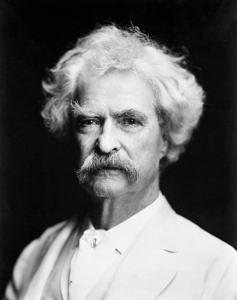 We are familiar with Mark Twain’s book Adventures of Tom Sawyer, published in 1879. Tom stumbles upon a box of gold which the adults invest for him while giving him an allowance of one dollar a day. One dollar today buys 3.6% of what Tom’s dollar bought in 1876.

The average inflation rate  since that time has been 2.3% a year. We are looking at compounding here, a phenomenon that Albert Einstein called the the world’s eighth wonder.

We first wrote about inflation on May 21, 2018 and showed how best to deal with it. With the average annual inflation rate of 2.3% since 1876, we have prospered more than any comparable period in history.

The current inflation rate is much closer to 8% than to 2.3% per year. At that rate of inflation, money loses half its purchasing power in nine years! Most people will be retired for much longer. The same ways of dealing with inflation continue to apply.

The critical thing to note here is that saving alone will not provide a comfortable retirement. We need to invest.  As we frequently state, historically, 1.) over the long term, 2.) properly selected US market index exchange-traded funds, 3.) held in tax-advantaged accounts, 4.) in an appropriate asset allocation, have been the investors best way for growing savings and are likely to remain so for many years. Warren Buffett wants to have the money he is leaving his wife to be invested that way. If it is good enough for Buffett, it is good enough for us.

In 1894, Mark Twain declared bankruptcy. Over time, he repaid all his creditors fully. Repaying them was not a legal requirement. It was an issue of moral requirement. Decency!

Do you think that Wall Street bankers understand that?