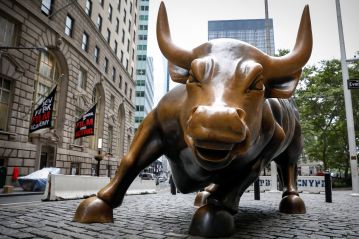 We asked an advisor to the Monday Morning Millionaire Program about the importance of a security’s bid/ask spread. All that our members need to know is that a narrow spread is an advantage to investors. That is one of the reasons why SPY is the exchange-traded fund of choice for us. The advisor’s detailed answer follows.

A narrow bid/ask is an advantage because investors buy and sell and ‘lose’ little over the transaction due to the spread (middle-man/market maker usually). I note, en passant, that spread along with commissions, is one of the killers of managed accounts. The more ‘trading’ (i.e portfolio turnover), the larger the costs due to the bid/ask spread.

Usually, a wider spread is indicative of a less liquid security (lower volume/less trading) which itself may indicate less accurate pricing of value. A narrower spread is also usually indicative of a ‘deeper’ market, i.e. one where a larger volume can be traded.

Let me take advantage here to point out that the direction of the market in a security (and the consequent overbought/oversold indicators) is based on the number of transactions occurring at the ask vs. the bid side, or vice-versa. It is assumed that buys/sells at the bid side indicate selling pressure, and vice-versa. The overbought/oversold indicator is used by many a trading algorithm.

As a further aside, when – rarely – the bid and ask are at the same level, the security is said to be ‘locked’ and no trade occurs.

Arbitrage can occur when the same securities are traded at different prices on different exchanges/markets: that is how they reflect each other quite rapidly.

By the way, that is one of the problems with Bitcoin: you cannot easily arbitrage between exchanges. Your ‘wallet’ is on one exchange only. Which is why you can get different quotes for Bitcoins at different levels at the same time.

Generally, larger, more established companies on larger exchanges trade (more) at lower spreads. It used to be that the ‘standard’ spread on the NYSE was one eighth of a dollar (i.e., 12.5 cents). Since decimalization, it is now $0.10.

It seems like not much difference but it has cost the market makers much loss of revenue.