Enough! How much is enough? 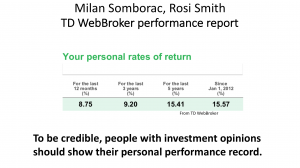 “Yes, but I have something he will never have.”, said Joseph Heller in his comeback to his colleague and friend Kurt Vonnegut’s comment that their hedge fund money manager host made more money in the previous week than Heller’s best-selling novel Catch 22 did even with over 10 million copies sold.

“And what is that?” asked Vonnegut.

How much is enough?

On Friday, May 31, CNN published an article titled Is $2 million enough to feel wealthy?

The article refers to an interesting survey by Charles Schwab which shows is that a net worth of $2.27 million would allow most people to feel wealthy. (We can assume that the net worth figure does not include the primary residence even though that is not made clear in the survey.)

A good definition of true wealth is not needing anything. Zeno, Epictetus, the Stoics, and today’s minimalists would be there with a very low net worth. People who maintain a private jet or a large yacht simply could not manage.

How does this apply to Monday Morning Millionaire Program members?

Monday Morning Millionaire Program members are or will be a part of the one percenters we hear so much about. Most would envy us.